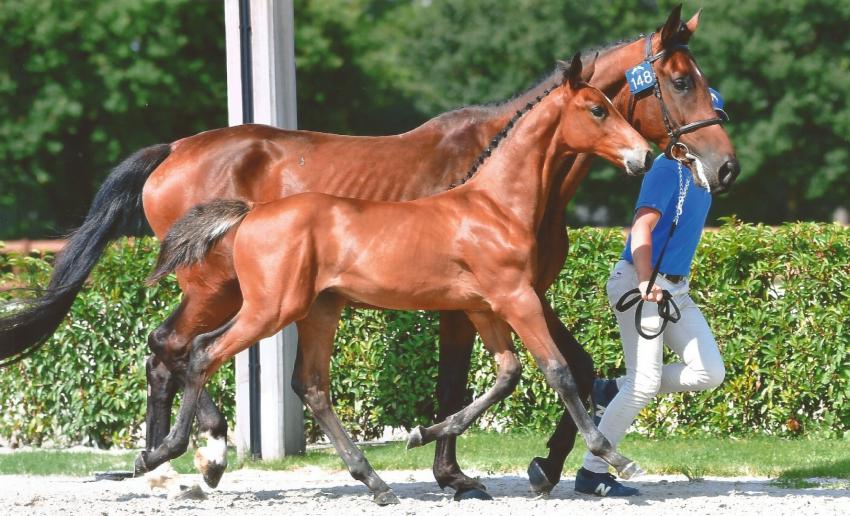 Armand’O is a colt of Amadeo Van ’t Vossenhof and Jojo d’O.

The first dam is Ramona d’O, a young mare of Bamako de Muze.
Bamako is the son of two big names in breeding: Darco and Fragance de Chalus. Fragance is the dam of stallions Mylord Carthago, Norton d'Eole and L'Hermes de Muze. Bamako has showed his talent at international level under saddle of Karline de Brabander. His production is young and full of talent. He is one of the best Sires of young horses in Belgium.

The second dam of Armand'O is Jo Jo d’O, one of our broodmares and the dam of Origi d'O.  This approved stallion was sold at the age of 3 at the BWP Top Stallion Auction. Origi became the auction topper and moved to Germany for 81,000 euros. Stallion farm Sven Völz became the new owner, and fortunately he also presented Origi at the third phase of the BWP Stallion Selection. There he more than lived up to his expectations. Later, Origi was also approved for the German studbooks Oldenburg, Holstein and Hannover.

The third dam is Noisette des Vaux, the mother of the approved Hos d'O, who jumped at 1.60 level under the saddle of Harrie Smolders and is now residing at Ennisnag Stud Ireland. Noisette has four male offspring, two of which are approved stallions: Hos d'O and Istacum d'O. In addition, she already has an approved grandson, Jus d'O, out of For a Few Dollars More d’O. 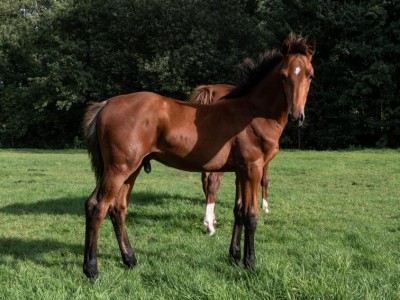