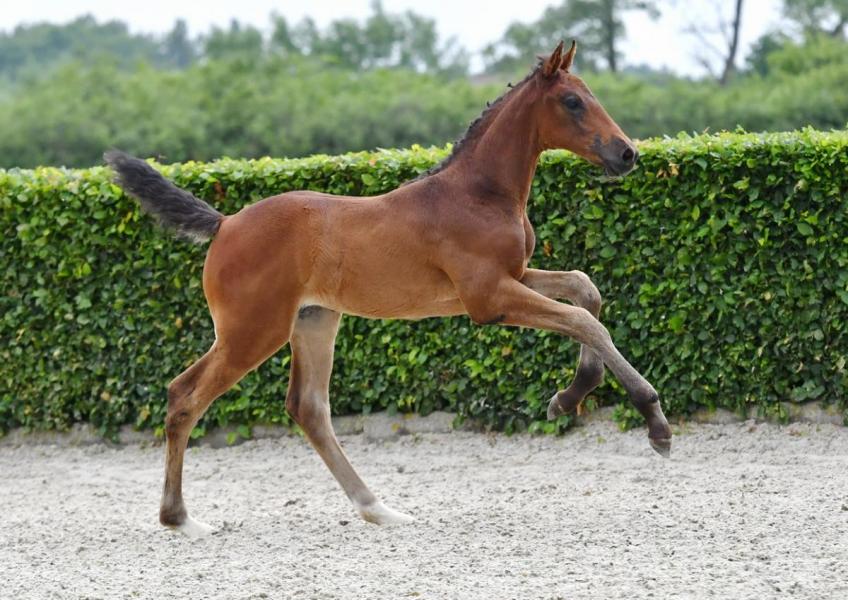 Violetta d’O is a filly of Jojo d’O (Toulon x Cumano) and Conthargos.

The show jumping successes of his offspring have allowed Conthargos to climb further up the WBFSH ranking of the world's best show jumping sires – he is currently 31st.

The first dam op Violetta d'O is Jo Jo d’O, one of our broodmares and the dam of Origi d'O.

This approved stallion was sold at the age of 3 at the BWP Top Stallion Auction. Origi became the auction topper and moved to Germany for 81,000 euros. Stallion farm Sven Völz became the new owner, and fortunately he also presented Origi at the third phase of the BWP Stallion Selection. There he more than lived up to his expectations. Later, Origi was also approved for the German studbooks Oldenburg, Holstein and Hannover.

The second dam is Noisette des Vaux, the mother of the approved Hos d'O, who jumped at 1.60 level under the saddle of Harrie Smolders and is now residing at Ennisnag Stud Ireland. 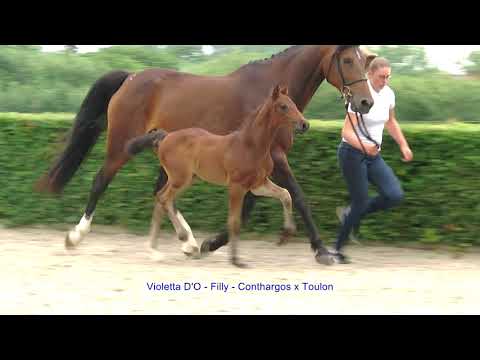 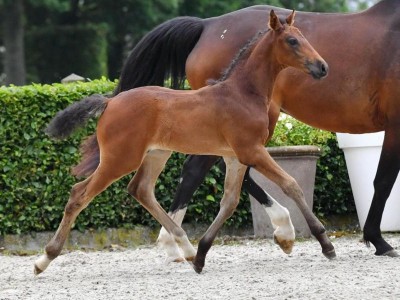