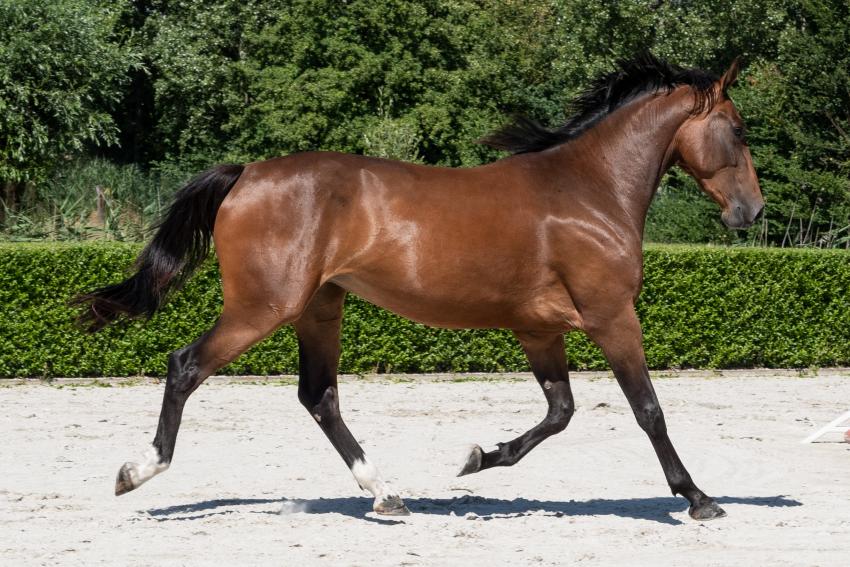 Tiamo d'O is the first offspring of Penelope d'O, the full sister of Origi d'O.This approved stallion was sold at the age of 3 at the BWP Top Stallion Auction. Origi became the auction topper  and moved to Germany for 81,000 euros. Stallion farm Sven Völz became the new owner, and fortunately he also presented Origi at the third phase of the BWP Stallion Selection. There he more than lived up to his expectations. Later, Origi was also approved for the German studbooks Oldenburg, Holstein and Hannover.

The second dam of Tiamo d'O is Jo Jo d’O, one of our broodmares and of course the dam of Origi d'O.

Tiamo's sire is Lector van den Bisschop. With Bamako de Muze as his sire and top mare Cordula de Laubry as dam, this stallion had a top pedigree. Lector van den Bisschop seems to be effortlessly meeting the great expectations. Just like his half-brother Fantomas de Muze, he excels by his phenomenal attitude and scope. 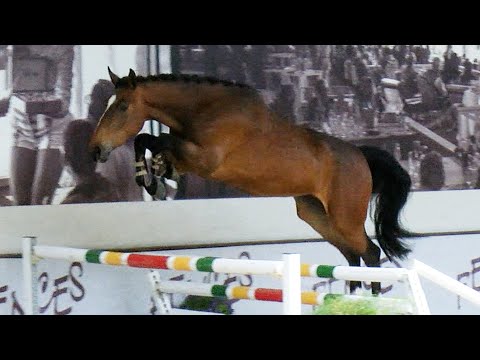 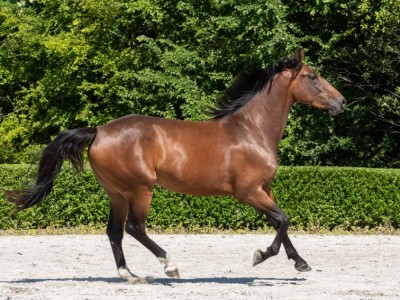 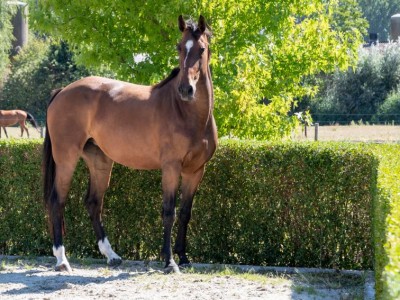 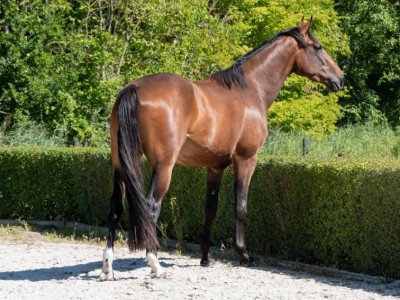 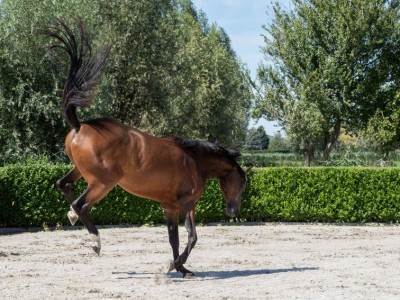